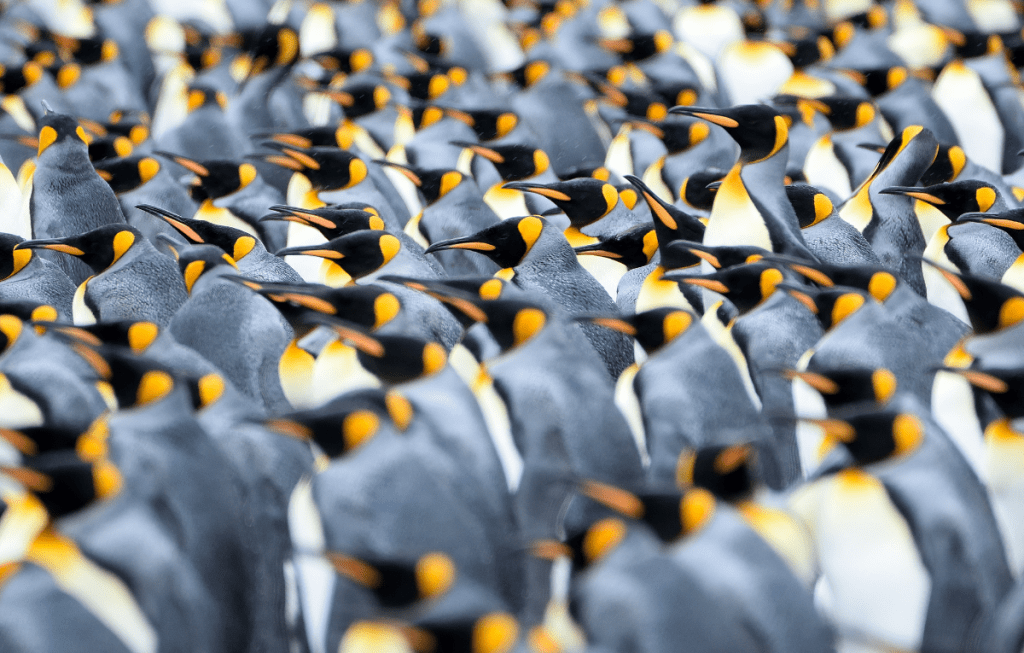 In a previous article I wrote about “Instinctual Leadership” and the effect of our instinctual bias on the way we perform as leaders. As I wrote there, each of us has a tendency to habitually focus on one of three domains of life’s challenges more than on the other two. Many of our strengths and vulnerabilities as leaders stem from this habitual focus.

The effect goes beyond individual performance, however, and understanding how these instinctual biases shape team dynamics can be very useful.

Before we go further, let’s quickly recap what I wrote about those instinctual domains:

The Preserving domain is a group of instinctual impulses that relates to nesting and nurturing needs. They are inclinations to ensure we have the resources we need to survive, to ensure that we are safe and secure, to ensure shelter and comfort. In addition to these fundamental “self”-preservation needs, however, this domain also includes preservation of artifacts, traditions, our offspring, and those people we hold dear. It is an innate desire to ensure not only that we survive, but that those who carry our genes survive and prosper, and that we have the resources necessary to ensure that survival.

The instinctual drives in the Navigating domain help us navigate or orient to the group. They help us understand group dynamics, social status, and cultural mores and they equip us with skills that enable us to know who we can trust and develop reciprocal relationships with. As social creatures we need to understand how the group works and how to be accepted into it. We have to gather information about others but only reveal enough about ourselves to maintain a favorable reputation. We need to know who is in “the tribe” and who is not, and how we can ensure we remain a part of the social security network.

The navigating behaviors help us do that. The Transmitting domain of instinctual drives increases the likelihood that we will attract the attention of others and it equips us to demonstrate the value of our ideas, values, creations, or genes. This domain is about attention and intensity; it is about display and enticement. Commonly thought of as being focused on one-to-one relationships, it is more accurate to say that this group of instinctual behaviors enhances our ability to make sure some part of ourselves passes on to the next generation.

The best teams have people with the appropriate attitudes, behaviors, and skills for the job they are assigned; they have a clear understanding of their roles and responsibilities; they communicate as much as necessary about the things they need to communicate about; and they have a clear and agreed-upon vision of what they are trying to accomplish.

A myriad of things can go wrong in any of these areas and ineffective teams are ineffective each in their own unique way. Identifying a team’s shortcomings is relatively easy—ask any member of a dysfunctional or sub-optimal team what is not working and they will tell you.

The problem is that while we can easily identify what is not working, understanding why those things are not working can be more challenging. And if we can’t identify the underlying “why” that holds ineffective patterns in place it is almost impossible to change. Everyone knows that we would be more effective if we stopped doing X and started doing Y; few of us understand the internal psychological dynamics that hold existing behavioral patterns in place, let alone how to manage those dynamics so that we can change behavior.

In working with leaders and the teams they lead I have found that what often holds a team’s ineffective behaviors locked in place is a conflict over instinctual values—people instinctually believe different activities are important and thus they focus on those activities disproportionately. What seems important to one person is not as important to others, and the result is conflict, miscommunication, redundancies of effort, and neglect of important aspects of the team’s responsibilities.

In my last article I talked about how an individual will focus on some activities in a given instinctual domain and neglect others. A team, no matter how high-functioning, will struggle when it’s team members allow their instinctual biases get in the way of a broader coherence. There will be a disconnect due to the simple fact that team members value things that their coworkers don’t value and don’t value things that their coworkers think are important.

Preservers, for example, can be very focused on processes, conservation of resources, tasks, and avoiding risk but they can become frustrated with organizational politics and small talk valued by Navigators, which the Preserver may enjoy for a short while but can quickly interpret as a waste of time and loss of focus. Preservers may also fail to see the importance, easily recognized by Transmitters, of appropriate risk-taking and promotion of the team’s accomplishments outside of the team.

Navigators can be very focused on interpersonal dynamics, information flow, organizational politics, and team culture but become quickly frustrated by the enthusiasm and energy in Transmitters, which they can interpret as insensitivity and lack of attunement to the needs of others. They may also fail to value process and structure, financial discipline, risk-management and other aspects of the business that Preservers instinctually appreciate.

Transmitters can be focused on eagerly driving toward the goal and letting the world know about what they are achieving (or hope to achieve), creating energy and enthusiasm in the process. But while they may be process oriented and dive into the details for a while, they can become frustrated with the caution, conservatism, and risk management that Preservers value. They may also ignore the aspects of business that Navigators tend to value: interpersonal dynamics and the gossip that tells what people are really feeling and thinking, and they can miss the subtle interpersonal cues that signal how the Transmitter is truly being perceived by others.

(There is a reason why we see these tendencies regarding the non-dominant domains in each of us: there are predictable patterns of expression of the instinctual domains. Transmitters express more preserving behaviors than navigating behaviors; Preservers express more navigating than transmitting; Navigators express more transmitting than preserving. It’s also important to note that the instinctual biases are not fixed categories, even if we do seem to tend to have a general bias toward one over the others that is consistent over the long run. When we refer to a “Preserver,” for example, we are referring to someone whose dominant instinctual bias is preserving. Each of us can temporarily adopt the other biases in response to specific circumstances and see the world through the lens of that instinctual bias. Thus, a Preserver may, based on circumstances, shift to, say, a Navigating bias and fall into the same traps and fixations that “Navigators” do for a time.)

One solution for getting out of our ineffective habitual patterns is to:

We need to learn to preserve, navigate, and transmit consciously, in the right proportion, and at the right time to effectively adapt to the constantly shifting challenges we face.

Here’s an example of how one team did this (the details have been changed for anonymity):

The senior leadership team of a large business unit in a California technology company was facing fast growth in a dynamic market. They were led by a charismatic, hard-charging general manager with a Transmitting instinctual bias. The heads of operations and finance (two roles one would assume are perfect for Preservers) were also Transmitters, as were the heads of sales and product development. The heads of marketing, HR, and program management were Preservers. Only the head of Engineering was a Navigator.

With such a strong bias toward transmitting and preserving, the team was extremely action-oriented and always on the move. The Transmitters were constantly identifying new markets to enter and customers to acquire, driving activity down into the organization in ways that were at times unfocused and not thought through. What was important last week was not important today and every day felt like the proverbial fire drill. The Preservers on the team, though feeling overwhelmed, hunkered down and stayed focus on their seemingly endless task lists.

While business was good the chaos was placing stress on the organization. Eventually nerves started to fray on the management team because they found that like players at a picnic volleyball game, multiple members of the team would chase some balls—bumping into each other and stepping on each other’s toes—and other balls would fall into the gaps that no one was reaching to fill. The main problem was that there was no regular communication and analysis; no one was stopping to take the time to think, discuss, and coordinate. Further, they were not sensitive to the stress their approach was putting on the organization below them and they started to lose key people in the middle ranks.

In short, the team was neglecting the Navigating domain of the business and they were starting to pay a price for it.

During a team coaching session we mapped out a “Navigating” plan. The typical formal communication mechanisms were put into place—town halls, skip-level meetings, regularly scheduled one-on-one meetings with bosses and subordinates—and I encouraged them to use their natural task-orientation to be rigorous in their scheduling and tracking of these activities.

But we also put into place what we called “formal water-cooler time.” The Navigating domain is very much about unstructured, informal conversations and interactions; random conversations that happen every day at the water-cooler epitomize an attempt to satisfy this basic human need. The group agreed to meet biweekly for 30 minutes without an agenda and without the general manager. It was a conversation among equals and not having an agenda meant that the group could be reflective and discuss issues that were important but not urgent. The absence of the boss meant that he didn’t dominate the conversation and no one was performing to impress him. During these conversations, team members would uncover areas of common focus or concern and pick up the conversations in more detail later.

There was some resistance at first. While Navigators tend to enjoy such unstructured conversations, they can feel like torture to Transmitters and Preservers. Soon, however, the group fell into a rhythm and the members found themselves having very productive conversations about talent, roles and responsibilities, strategy, and better ways to collaborate. The meetings were eventually changed to an hour once a month, but the team started doing more of the Navigating activities in the course of normal business, with great success and a noticeable positive effect on morale. Talent retention down through the organization improved and stress levels on the leadership team gradually reduced.

This is just one example, of course, and every team will have a unique instinctual profile and a unique set of challenges. Teams that pay too little attention to the transmitting domain will not promote itself effectively or be as ambitious in its thinking as it may need to be. Teams with too little attention to preserving will fail to put necessary processes and safeguards into place.

These are broad generalizations, but they can be helpful for even high-functioning teams as warnings of the traps teams can fall into. The instinctual domains and our biases regarding them are often the fault lines where problems arise when pressures build. Understanding the instinctual biases of the members of the team and how that shapes the team culture helps us identify where the fault lines are and deal with tremors before they turn into quakes.