On Spirituality: the Enneagram as an Aid to Your Practice 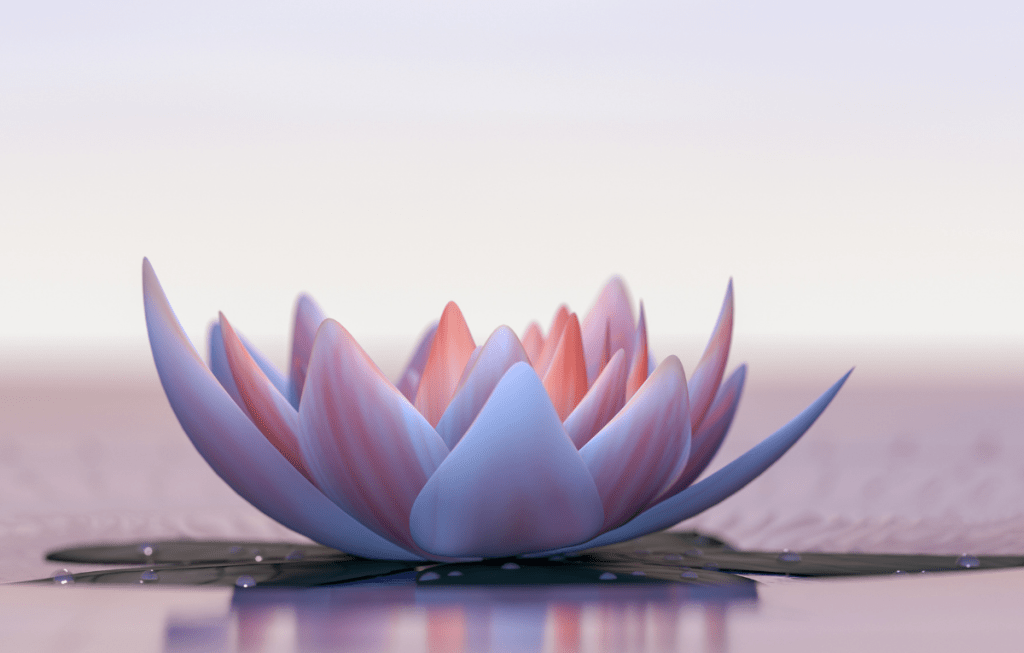 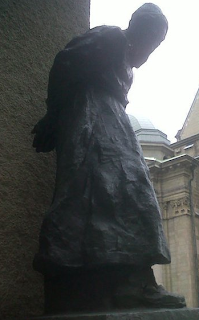 And an old priest said, Speak to us of Religion.
And he said:
Have I spoken this day of aught else?
“The Prophet” by Kahlil Gibran

The topic of spirituality always comes up when I do a public training. People who are attracted to the Enneagram tend to be seekers, and seekers are usually interested in spirituality. When asked, “why don’t you talk about the spiritual dimensions of the Enneagram?” by training participants, part of me is tempted to quote the Prophet’s response, to say “that’s what we’ve been talking about all day!” But I understand where the question comes from–many people like to talk about spirituality and I tend to avoid the word or, worse yet, write things that are critical of particular aspects of spirituality. This gives people the impression that I am in some way hostile toward or, at best, ignorant of things spiritual. While I can’t address the latter claim–one should not be the judge of the level of one’s own ignorance, after all–I can say that I am not hostile toward spirituality.

So why do I prefer not to talk about spirituality in my work or trainings? Here are a couple of reasons:

But, as the prophet says, “have I spoken this day of aught else?” Not wanting to talk about something does not mean you can or should always avoid it. And because my spirituality is woven throughout what I teach, it is dishonest to not openly discuss my perspective. Thus, I’d like to take a little time and talk about spirituality and my approach to the Enneagram.


Some months ago I attended a talk by a spiritual teacher. He was charismatic and compelling, and held most of the audience in the palm of his hand as he spoke. Much of what he talked about in the first half of his talk was useful and informative, but then he started to go off track. It started with the typical distortions of basic evolutionary science and quantum physics that seem to be all too common among a certain set of seekers and then moved into the kind of talk about conspiracies one sees in the dark corners of the internet. He ended his talk with tales of enlightened beings with magical powers, going so far as to give an exact number of how many of such beings currently inhabited the planet (I guess there is a registry somewhere….). I was deeply saddened by the direction he took, particularly because I found him so compelling in the beginning.

After the talk, a I was approached by a friend and fellow Enneagram teacher who is very science-minded and logical. She was near tears, and visibly shaken.

“What did you think of him?” she asked.

“I liked him until I realized he was a bit nuts,” I replied.

“I know!” she said. “I so desperately wanted to believe him. I almost thought I found a teacher.”

My friend was experiencing something common in critical-thinking people–the dissonance between a desire to see accurately and a desire to experience the transcendent and numinous (to use Christopher Hitchens’s wonderful phrase). Such a yearning exists in many of us; there is something deep-seated in the human psyche that needs to feel connected to something beyond our selves, something beyond the obviously material, an undefinable desire to connect to the whole in an intangible way. Unfortunately, many of the ways that people and cultures have developed to support this need for union bring with them trappings and dogma that are not palatable to critical thinkers; they are marred by superstitions and beliefs that have outlived their utility.

This dissatisfaction with traditional paths to the transcendent and numinous has given rise to a new category of seekers, of course: those who are “spiritual but not religious;” grazers at the buffet of the wisdom traditions who pick and choose concepts and practices that satisfy the need to transcend without bumping up against modern sensibilities.

The problem with the buffet approach, however, is that there is value in the “yoke;”* submission to a discipline is often the first step in attaining freedom. The buffet has no guardrails, no guiding elders, no time-tested practices that teach the discipline so critical to the seeking after truth. When the practice becomes difficult and exposes us to the painful realizations hiding behind our illusions, when the meal tastes like sawdust in your mouth, it is all too easy for grazers to move on to greener (and more palatable) pastures. The result can be a relativistic intellectual and spiritual adolescence where “my truth” and “your truth” are equal, all paths are seen as leading to the same goal, and rigorous thought is exiled by an over-dependence on feeling.

The yoke serves a purpose; discipline is needed to make it through the dark nights and some kind of elder-guided practice is critical. I’ll admit to being inherently rebellious against the yoke (I am an Eight, after all), but also recognize that the confines of seminary many years ago did me much good. Forced to ingest Augustine, Aquinas, Pascal, and the rest while committed to ritual and routine left me with a deep appreciation for the value of a defined path, even if have departed from that path.

Next, a spiritual path must provide meaning. All too many spiritual practices want to impose a meaning onto its adherents, unfortunately; the best spiritual practices aid in the crafting of meaning for oneself. It is easy to fall into the trap of searching for meaning, as if it is out there hiding under a rock. The seeker ultimately learns that, like Camus’ Sisyphus**, we must create meaning for ourselves. It helps if we remember that humans are narrative-crafting creatures; our hardwired tendency to go through life on autopilot while relying on non-conscious habitual patterns of thought, feeling, and behavior lead us to create stories about ourselves and our world that are narrow, fixed, and outdated. A good spiritual practice challenges us to consciously and continually rewrite our script in ways that are more flexible and responsive to the current circumstances of our life. The theme running through the narrative becomes our meaning; our meaning shapes our narrative.

So far, we’ve identified three characteristics of a spiritual practice: it helps us experience the numinous and transcendent; it provides a yoke; it helps us craft meaning. To these, I would add: it helps us develop wisdom, compassion, and efficacy.

Each of these three is a broad topic, worthy of a whole volume (if not a whole library), and doing them justice is beyond the scope of a blog article. Nevertheless, a few words on each:

Wisdom: Wisdom is having knowledge and the ability to apply that knowledge with good judgment. All too often, those on a spiritual path overlook the importance of critical thinking that goes along with gaining knowledge. Again, there is a difference between knowledge and opinion, the objective and the subjective, and wisdom helps us see the difference. It helps us not fall victim to fallacious thinking; it is focused on what is true rather than what is comforting or convenient; it is indifferent to convention.

Compassion: Compassion is the sympathetic consciousness of another’s suffering along with a desire to alleviate it. Compassion takes us outside of ourselves and makes us aware of the other; it widens the scope of what we find to be important because we are no longer concerned with just ourselves.

Efficacy: Efficacy is the power to produce a result. I like to think of it along the same lines as the Buddhist term “skillful means,” the ability to use the right practice to get the right result. This applies to spiritual practice, of course, but it also applies to every day life. If we can’t effectively navigate the travails of daily life–earn a living, take care of our physical well-being, form effective relationships–then spiritual practice is kind of a waste of time.

In summary, from my perspective, a robust spiritual practice has the following qualities:

Notice what is missing from my list–the mystical, magical, and supernatural. Many people are attracted to these things and I have no objection to them as long as they are not used in ways that subvert the critical thinking components of wisdom. *** I am a methodological naturalist–I don’t claim that the material is all that exists, but when it comes to explaining the workings of the world I think we can only depend on science, philosophy, and reason; swerving into the supernatural takes us into the realm of subjective opinion. Opinion is fine and everyone is welcome to their own, but it is still just opinion.

I agree with Buddhist teacher Pema Chodron here and adopt her term “nontheist.” This has nothing to do with whether or not one believes in a deity or not, according to Chodron. Here, she explains in an essay titled “The Truth is Inconvenient,”**** theism “is a deep-seated conviction that there’s some hand to hold: if we just do the right things, someone will appreciate us and take care of us. It means thinking there’s always going to be a baby sitter available when we need one.” It is an abdication of one’s responsibilities to something outside ourselves. Nontheism, on the other hand, is “relaxing with the ambiguity and uncertainty of the present moment without reaching for anything to protect ourselves.” True spirituality ain’t for sissies.

The Enneagram and the Spiritual Path
So, of what value can the Enneagram be to the spiritual path? I’ll discuss this more in my next post, but I’ll say here that I don’t think the Enneagram is a complete spiritual path in and of itself. Instead, it can serve as an excellent framework for a body of practices that nicely enhance one’s practice. Many teachers approach this from different directions, of course, and many of those approaches have much to offer. Generally, I confine myself to the following elements of the Enneagram:

Despite my warnings about the buffet of spirituality, my approach has evolved over time and in response to circumstance (again, I work in organizations and don’t explicitly talk about spirituality with my clients; this shapes the language I use). Still, it’s impossible to ignore that working with the components of the Enneagram I teach ends up addressing the same issues that many overtly spiritual practices address.

*The word “yoga” comes from the sanskrit word meaning “yoke,” connoting a sense of disciplined labor involved in the spiritual path.
**In the “Myth of Sisyphus,” Albert Camus identified Sisyphus as the embodiment of the human condition. Forced into an eternity of meaningless labor as punishment from the gods, Camus’ Sisyphus ultimately found meaning despite the futility of his fate.
***The evolutionary biologist Stephen Jay Gould talked about religion and science being non-overlapping magisteria; a concept I like.
****Chodron, Pema, “Comfort with Uncertainty,” p. 177.