Power: How to Get It and Why 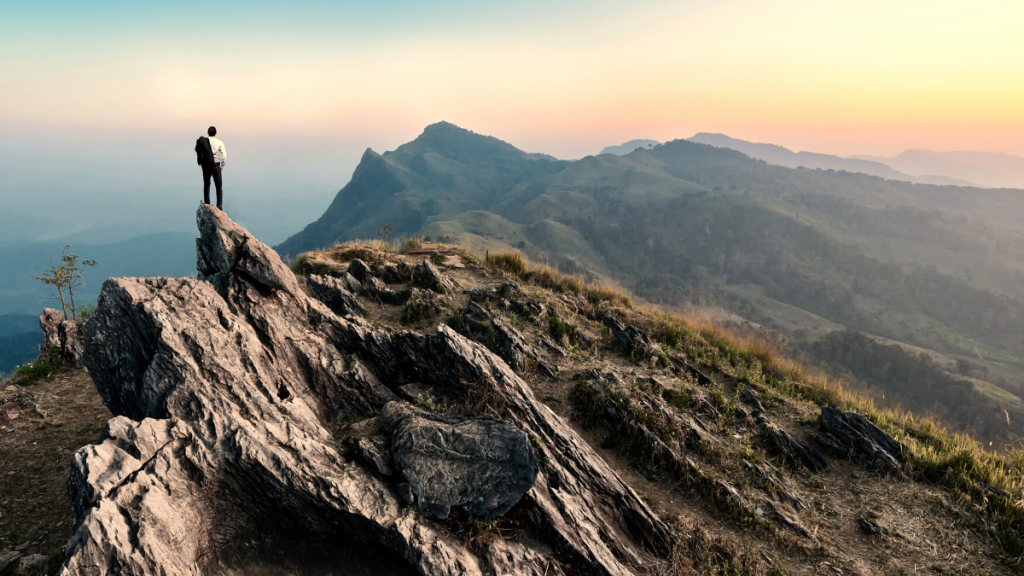 Acton may be correct (most people leave out the important word “tends” when repeating this quote), but I have never seen an effective leader who was powerless. In fact, the best leaders are powerful people who know how to use power appropriately.

Most of us can find many examples that validate Lord Acton’s concern—from the tyrannical political ruler to the bossy new manager who lets a little power go his or her head. This can lead to us being wary of people who seem to seek power and to avoid talking about the importance of power in organizations.

However, leaders who don’t come to terms with the realities of power and it’s appropriate and ethical use eventually become ineffectual victims of circumstance or, in the other extreme, examples of Acton’s dictum. In simple terms, the best leaders accumulate power and use effectively and ethically; the worst accumulate it and use it poorly or don’t know how to accumulate it and fail because of impotence.

The first step in coming to terms with power and its use is to recognize that power is value-neutral. Power, at it’s most basic, is simply the capacity to produce a result; it is up to the individual to determine what kind of result it is used to produce. Used effectively, power can build a kingdom; used ineffectively or inappropriately it can destroy a nation.

The second step is to understand the nature of power. My favorite writer and theorist on power in organizations was David McClelland, who taught at Harvard University for 30 years beginning in 1956. In 1976, he co-authored (with David Burnham) an influential article for the Harvard Business Review called “Power is the Great Motivator.” From McClelland’s perspective, power is a natural part of the human experience, and what matters most is whether it is used in a mature way for the good of the group or it is used in an immature way for the benefit of the individual at the expense of the group.

McClelland is primarily remembered for his motivation theory, which states that leaders are motivated by three primary needs: affiliation (nAff), achievement (nAch), and power (nPow). Everyone has all three needs, but they are present in varying proportions in each person. McClelland and Burnham conducted a study of leaders and found some intriguing correlations between leadership effectiveness and motivation. In short, they concluded that those leaders with a high need for affiliation tended to be least effective, and those with a high need for power tended to be the most effective—as long as they also had a high degree of personal inhibition. Those with a very high need for achievement actually struggled as leaders for a very specific set of reasons.

The need for affiliation is, at its core, a need to be liked by others. A person with a high need for affiliation desires harmonious relationships with other people and they need to feel accepted. They tend to conform to the norms of their work group and prefer work that provides significant personal interaction. While the ability to get along with others and connect at an emotional level are important in most leadership situations, the study showed that high nAff leaders often failed because they tried to make too many people happy and struggled to make difficult business decisions. They often fail to give constructive feedback to their employees and tell their employees only what they think the employee will want to hear. They also have a tendency to make ad hoc and ad hominem decisions. This style creates a lack of consistency and clarity regarding policies and procedures, ultimately making subordinates feel like they have little responsibility for outcomes. Motivation and pride in their work tends to be lowest in employees led by high nAff leaders.

The need for achievement relates to the desire to accomplish and exceed goals. People with a high achievement need seek to excel and want to do things better than they have been done before. They tend to thrive in entrepreneurial situations and prefer to work alone or with other high-achievers. Surprisingly, high nAch leaders tend to struggle when they get to high levels of the organization because they tend to be doers rather than effective delegators. They struggle in situations where they are removed from hands-on activities and are required to spend more and more of their time managing others. High nAch leaders need frequent feedback and a short-term rewards system so they can continually measure their progress. They quickly become frustrated with bureaucracies and often end up frustrated when they don’t feel like they can immediately get involved in direct problem solving.

Those with a high power need are focused on shaping their environment and influencing others rather than the satisfaction of immediate feedback. McClelland and Burnham found that the most effective leaders tended to be those who had a need for power that was higher than their need to be liked and their need for achievement.

However, even people with a high power need could be separated into two categories:

The key differentiator between these two groups was the degree of self-control or “inhibition” displayed by the leader; institutional leaders had high power drive mixed with high inhibition while personal power (pPow) leaders tended to combine high power drive with low inhibition.

According to McClelland and Burnham, while personal power leaders were more effective than high nAff or nAch leaders, they tended to put their own needs before the needs of the organization. They can be charismatic and inspirational, but the inspiration tends to be centered on a select group of loyal followers. They lack the discipline to be institution builders, focused on short-term victories and when the pPow leader leaves, the team left behind is often disorganized and morale quickly erodes. Further, pPow leaders often demonstrated problematic behaviors including rudeness, alcohol and substance abuse, sexual exploitation of subordinates, and fondness for the symbols of prestige such as expensive cars and large offices.

By contrast, institutional leaders—those with high nPow and high inhibition—are less egotistic and less defensive; their self-image is not directly connected to their job; they seek advice from experts; and they take a long-range view. According to McClelland and Burnham’s study they were the most effective at instilling a sense of responsibility, creating organizational clarity, and building team spirit. They attributed these qualities to the sPow leader’s self-control, which allowed them to direct their power toward the benefit of the institution as a whole rather than being put to use for the leader’s personal aggrandizement.

A critical differentiator between sPow and pPow leaders, according to McClelland, is maturity, which “involves the ability to use whatever mode is appropriate to the situation. Immaturity involves using perhaps only one mode in all situations or using a mode inappropriate to a particular situation.”

McClelland identified four stages of power orientation. The stages are based on a simple matrix comprising two dimensions:

Each stage can be summarized by a simple internal message.

In Stage I, the message is “’It’ strengthens me.” For the child at this stage, the source of the power is outside of the individual—the parent, the institution, the deity, etc.—and the object that is being acted on is the individual themselves. Adults in this stage align themselves with powerful others and tend to thrive in situations where they can serve powerful people—the boss, the political leader, an assertive spouse. Taken to an extreme, people in Stage I can be totally dependent on a powerful individual, substances, a social group, or their religion.

In Stage II, the message is “I strengthen myself.” The source of power is the individual and someone in this stage uses it to act on themselves. The child begins to develop a sense of control and realization that they need not rely on others for their sense of power. They start to exert control of objects and become identified with their possessions; toys become symbols of power (a pattern that extends into adulthood for many Stage II-focused individuals, who accumulate symbols of prestige). This is also the world of self-help and self-actualization, and taken to an extreme it can result in obsessive-compulsive behavior.

In Stage III, the message is “I have impact on others.” Again, the source of power is the individual, but now it is used to act on the other. The young person begins to learn to feel powerful by controlling others, learning to manipulate and desiring to compete. People “who fixate in this modality…always try to outwit, outmaneuver, and defeat other people—in sports, in work, in arguments, and even in ordinary social relationships.” Oddly enough, displays of altruistic-seeming behavior can be seen in people at Stage III, as the individual gives as a way of (consciously or not) controlling the relationship, establishing a position of superiority by being the one who can help the other. At the extreme, Stage III power becomes smothering, dominating, and abusive.

At Stage IV, the message is “’It’ moves me to do my duty.” The source of power is outside—the institution, the organization, the group, or the cause—and it is used by the individual to act in service of others. “Great religious and political leaders from Jesus Christ to Abraham Lincoln and Malcolm X have felt they were instruments of a higher power which is beyond self. Their goal was to act on others on behalf of this higher authority,” according to McClelland. At a more mundane level, the institutional leader described earlier is functioning at Stage IV. Taken to the extreme, however, Stage IV power leads to messianism, and the individual can commit acts of violence in the name of the higher power to which he or she is identified.

How to Become More Powerful

Once we get over our discomfort with the idea of power and understand the stages of power, it becomes easier to acquire and use. Here are some tips:

1. Recognize that knowledge truly is power. Competence and skill in your field, basic leadership/management skills, and an understanding of human nature are the entry-level requirements for being powerful. Work constantly to improve in these areas or nothing else will help.

2. Understand the power of relationships. It is part of human nature that we do things for people who do things for us. Others are more willing to help us achieve our goals if we have helped them in the past; especially if we have done so, ironically, without the expectation of reciprocation. The most powerful people are the ones who empower others reflexively rather than with an eye to personal gain.

3. Observe and analyze the most powerful people around you. Do a best-practice analysis of powerful people you interact with or observe. What do they seem to have in common? Which of those behaviors can you develop?

4. Study the principles of power. The scope of this article does not allow for a list of tactical behaviors related to power, but I’ll recommend some good sources to learn more:

While we might be uncomfortable with the idea of power, you simply can’t get anything done without it. If you are a leader who does not learn how to acquire and use power, you will be ineffective. The best way to make sure you don’t fulfill Acton’s dictum is go be a student of power and master the art of using it ethically.

PrevPreviousMy One Piece of New Year’s Advice
NextLeadership and the Instinctual Biases: Preparing to ScaleNext